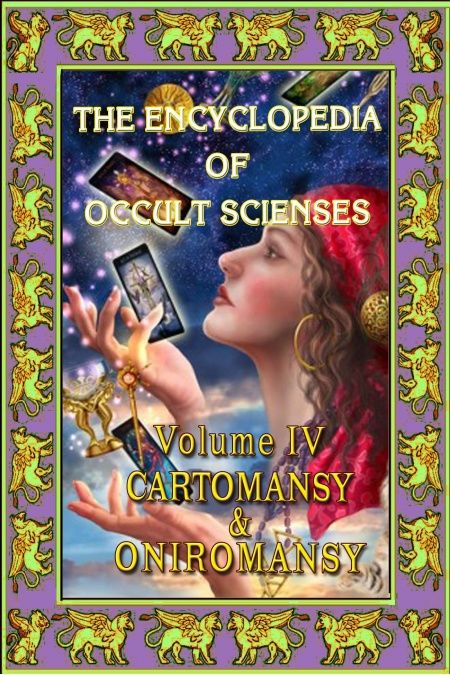 Speak of Cartomancy in a company, I will not say favourably, but merely sincere and without prejudice. First of all of ten persons eight will confess that they have consulted— secretly—card readers, and six at least will tell you that they have been surprised at the correctness of what was foretold them. Would it be possible to attempt, if not a doctrine, at least an explanation? I believe myself that a good cartomancer begins by guessing fairly correctly the state of mind of her clients. Being a physiognomist, she guesses from their appearance, their voice, their looks, by questioning them skilfully without their being able to see the drift of her questions which seem so alien to their cares, by drawing attention, for instance, to the meaning of some of the cards which she tosses so carelessly on the table, she guesses their secret desires, she reads them and makes deductions as to their past. Something then takes place in the cartomancer, combined of intuition, perhaps clairvoyance, suggestion, which lias the result that the client subsequently lets his thoughts travel in the direction of what has been foretold, and unconsciously works towards its fulfilment, whether the prophecy was of good to come or alas! of ill luck.We touch here upon Magic, of which I shall speak presently, where the power of the word so often has such powerful results. In the result, therefore, it is not so much the meaning of the cards or of the leaves of the Taroc which is of importance, as the state of mind created in the client with respect to the explanations given, and which might be different, arbitrary, and it is this state of mind which induces him to translate into reality the events foretold by the cartomancer. And it may even be asked whether the cartomancer, that is to say the intermediary between the client and the future, is necessary for the purpose of the former discovering the latter. What is known as a result, made alone, in the home, creates a similar state of mind, of autosuggestion, if we believe the words of Desbarolles :— If you attach faith to a sign of any kind, when you question this sign in your own way it will answer you, and it will answer you correctly if your faith is strong.”