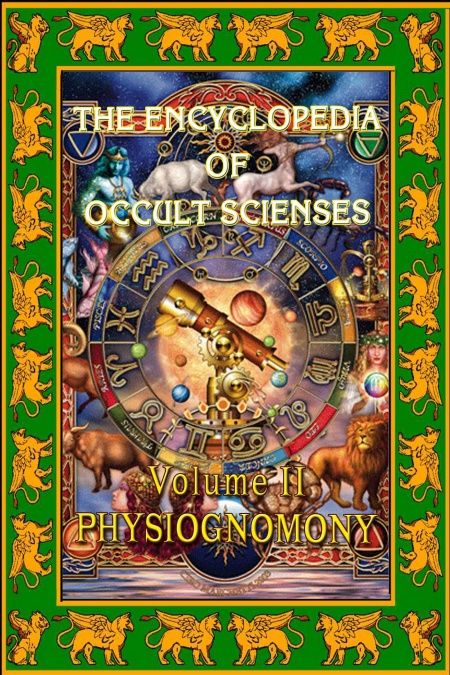 Physiognomony is not only the study of a being through its physiognomy, as the layman believes, although the etymology is clear (physis—nature , gnomon—who knows), but really the study of a being through the whole of its outward appearance , from which it would seem to follow that Chiromancy is included in it in principle, although it has been detached from it owing to its importance. Is it necessary for me now to justify Physiognomony? It does not in fact enjoy the bad reputation of its mother Astrology. It may be currently observed. Who amongst us is not a physiognomonist when he says of some one that he has a fine” or a nasty” head in the ethical sense of the word ? And do we not in the same way practise instinctive astrology when we speak of people  who are born under a lucky star” or who always seem to be in the moon”? Who in short has not amused himself in the same way by studying passers-by in order to try and guess from their appearance their soul, their social position? According to evidence there are aristocratic faces (apart from any title of nobility) and plebeian faces, the mug of the drunkard and the pretty face of the born amoureuse, the healthy face of the active man, the mask of the brigand, the majestic type, the face of the judge, the domestic, the soldier, the priest, the scholar. It is true that the dress helps a little , but most certainly the character leaves its mark on the features. It was only necessary to study, to classify these outward marks in order to constitute a science. The idea was old, but the system had to be organised, and this is what the famous Lavater attempted. But where Lavater, Delestre and other physio-psychologists stop, the Occultist does not stop, and saturated with Astrology, he in his turn says :— These signs-manual of the stars, you notice them without using the word, you say that a man is choleric after you have examined his face, I say that he is so because he was born under the maleficent influence of Mars. In short we are agreed, but you are satisfied with the observa¬tion, whereas I go back to the causes. And is it not much more interest¬ing to try and guess that the subject will be of a choleric disposition if he is born under such or other particular magnetic aspect of the Sky ? Not only is this more interesting, but this alone will be useful, for if to the birth certificate there were added a horoscopic certificate, the educational task of the parents would be rendered considerably easier.