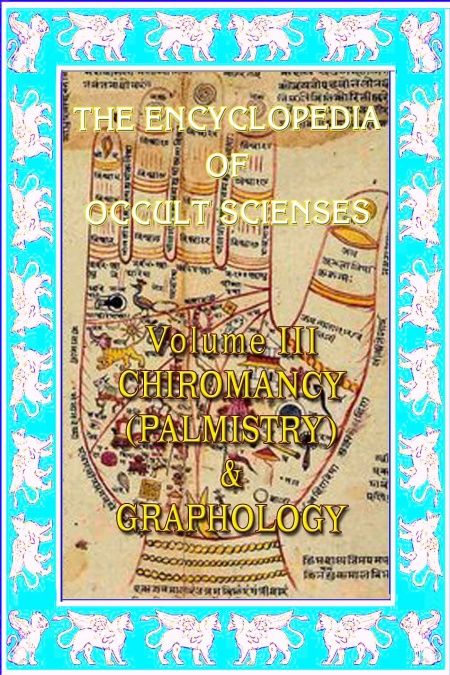 Chiromancy is, for the Occultist, the astral sign-manual contained in the hand. But it is not necessary to believe in Astrology tn order to believe in Chiromancy. In the same way as Chouasnard wants to arrive at a scientific Astrology, so Henri Rem wants, and he NII vs it himself, to disoccult ” Chirology. He is entitled to do so. We are entitled, while respecting his method and admiring his work, to remain in our doctrinal atmosphere which arrives at the same conclusions, but maintains the link of harmony above pointed out. Let us note, however, that the disocculted Chirology keeps various astrological terms, such as the mounts of Jupiter, Saturn, Mercury or Venus, the line of the Sun, the plain of Mars, etc. It is true that it looks upon these merely as words for which it is inclined to substitute I hose of mounts of the index, the middle finger, the ring finger, the lines of health, of intuition, of fate, etc. All that has no importance. The main thing is that Chirology (which includes the traditional Chiromancy and Chirognomony) has to its credit, just as has Astrology, a considerable number of proved observations which, even if they do not rest on a valid theory, make it an actual science of great utility. But there is a chiromantic theory, whether we base it on Occultism ns being applied astrology, whether we take as its foundation, with Dcsbarolles, the animal electricity which is peculiarly noticeable in the hand, or relate it with L. Gastin to psycho-physics. Once more, one thing only counts—the amazing frequency of the correspondence l tween the chiromantic elements and the temperament, the fate of (lie subject. This frequency has been observed for centuries, and constitutes owing to its repeated experience an empirical proof of almost indisputable value.