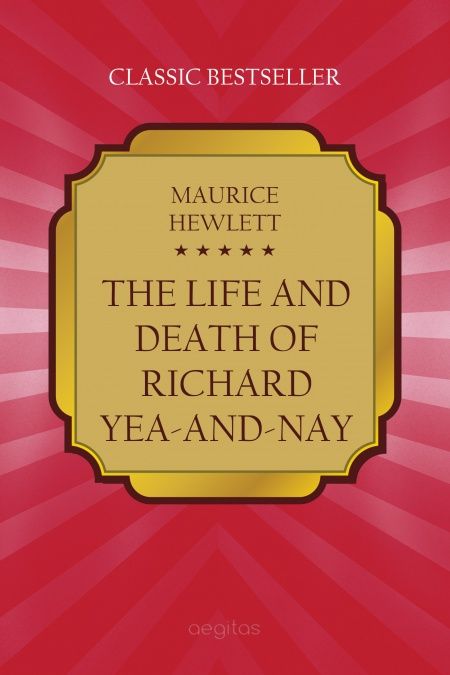 The Life and Death of Richard Yea-and-Nay

Life and Death of Richard Yea-and-Nay, The, by Maurice Hewlett (1900). A historical romance of the third Crusade. The story purports to be written by the Abbot Milo, confessor and friend of Richard Cœur de Lion called Richard Yea-and-Nay by Bertran de Born, the troubadour, because of the strange self-contradictions that mark this masterful ruler, torn by two natures,” sport of two fates,” the loved and loathed,” king and a beggar,” god and man.” Jehane Saint-Pol is the beautiful girl he loves and wrongs. He renounced her saying Nay to his heart, but stole her back from before the altar of her marriage with another, saying Nay to his head. He crowned her Countess of Anjou, but repudiated the marriage when he becomes king, to make Berengère his queen in order to have her dowry to make his crusade to the Holy Land. He refused to be husband to the queen and was faithful to Jehane to the end. Jehane sacrifices all for the man she loves. She becomes a wife in the harem of the Old Man of Musse as the price of Richard’s life. Richard dies in Jehane’s arms, the romantic hero of chivalry. The pageant of this feudal age is reproduced in brilliant pictures.