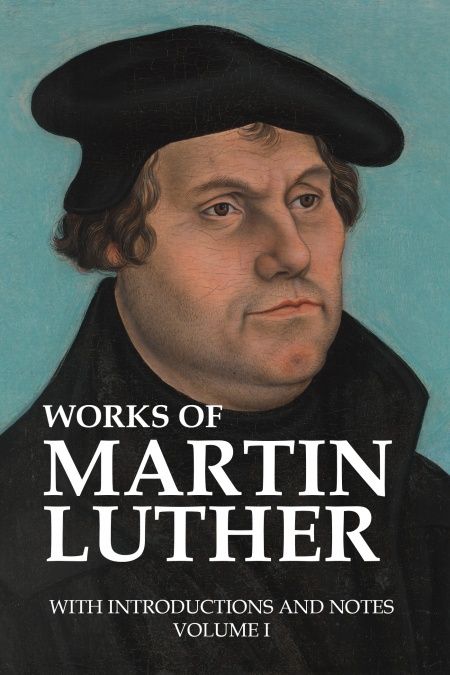 Works of Martin Luther, with Introductions and Notes (Volume I)

No historical study of current issues—in politics or social science or theology—can far proceed without bringing the student face to face with the principles asserted by the Reformation of the Sixteenth Century and its great leader, Martin Luther. He has had many critics and many champions, but neither his critics nor his champions feel that the last word concerning him has been spoken, for scarcely a year passes that does not witness the publication of a new biography.

Had Luther been nothing more than a man of his own time and his own nation the task of estimating him would long since have been completed. A few exhaustive treatises would have answered all demands. But the Catalogue of the British Museum, published in 1894, contains over two hundred folio pages, averaging about thirty-five titles to the page, of books and pamphlets written either by or about him, that have been gathered into this single collection, in a land foreign to the sphere of his labors, and this list has been greatly augmented since 1894. Above all other historical characters that have appeared since the first years of Christianity, he is a man of the present day no less than of the day in which he lived.

But Luther can be properly known and estimated only when he is allowed to speak for himself. He should be seen not through the eyes of others, but through our own. In order to judge the man we must know all sides of the man, and read the heaviest as well as the lightest of his works, the more scientific and theological as well as the more practical and popular, his informal letters as well as his formal treatises. We must take account of the time of each writing and the circumstances under which it was composed, of the adversaries against whom he was contending, and of the progress which he made in his opinions as time went on. The great fund of primary sources which the historical methods of the last generation have made available should also be laid under contribution to shed light upon his statements and his attitude toward the various questions involved in his life-struggles.

Martin Luther, O.S.A. (10 November 1483 – 18 February 1546) was a German professor of theology, composer, priest, monk, and a seminal figure in the Protestant Reformation.

Luther was ordained to the priesthood in 1507. He came to reject several teachings and practices of the Roman Catholic Church; in particular, he disputed the view on indulgences. Luther proposed an academic discussion of the practice and efficacy of indulgences in his Ninety-five Theses of 1517. His refusal to renounce all of his writings at the demand of Pope Leo X in 1520 and the Holy Roman Emperor Charles V at the Diet of Worms in 1521 resulted in his excommunication by the pope and condemnation as an outlaw by the Holy Roman Emperor.

Luther taught that salvation and, consequently, eternal life are not earned by good deeds but are received only as the free gift of God's grace through the believer's faith in Jesus Christ as redeemer from sin. His theologychallenged the authority and office of the Pope by teaching that the Bible is the only source of divinely revealed knowledge, and opposed sacerdotalism by considering all baptized Christians to be a holy priesthood. Those who identify with these, and all of Luther's wider teachings, are called Lutherans, though Luther insisted on Christian or Evangelical as the only acceptable names for individuals who professed Christ.