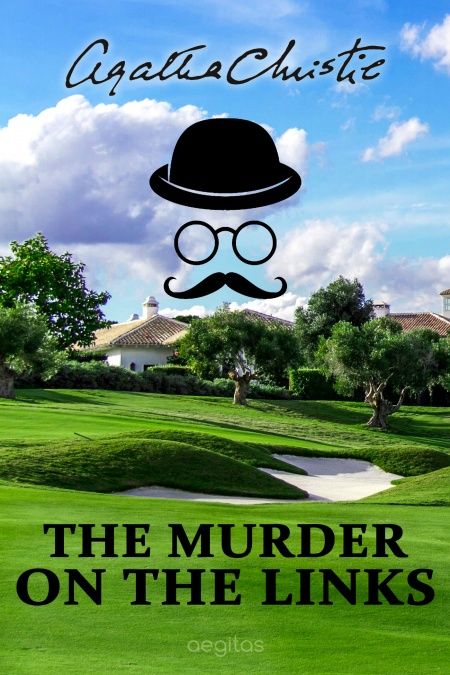 Murder on the Links

The Murder on the Links is a work of detective fiction by Agatha Christie, first published in the UK by The Bodley Head in May 1923, and in the US by Dodd, Mead & Co in the same year. It features Hercule Poirot and Arthur Hastings.
The story takes place in northern France, giving Poirot a hostile competitor from the Paris Sûreté. Poirot's long memory for past or similar crimes proves useful in resolving the crimes. The book is notable for a subplot in which Hastings falls in love, a development "greatly desired on Agatha's part... parcelling off Hastings to wedded bliss in the Argentine.

Agatha Christie is the most widely published author of all time and in any language, outsold only by the Bible and Shakespeare. Her books have sold more than a billion copies in English and another billion in a hundred foreign languages. She is the author of eighty crime novels and short-story collections, nineteen plays, two memoirs, and six novels written under the name Mary Westmacott. She first tried her hand at detective fiction while working in a hospital dispensary during World War I, creating the now legendary Hercule Poirot with her debut novel The Mysterious Af air at Styles. With The Murder in the Vicarage, published in 1930, she introduced another beloved sleuth, Miss Jane Marple. Additional series characters include the husband-and-wife crime-fighting team of Tommy and Tuppence Beresford, private investigator Parker Pyne, and Scotland Yard detectives Superintendent Battle and Inspector Japp. Many of Christie’s novels and short stories were adapted into plays, films, and television series. The Mousetrap, her most famous play of all, opened in 1952 and is the longest-running play in history. Among her best-known film adaptations are Murder on the Orient Express (1974) and Death on the Nile (1978), with Albert Finney and Peter Ustinov playing Hercule Poirot, respectively. On the small screen Poirot has been most memorably portrayed by David Suchet, and Miss Marple by Joan Hickson and subsequently Geraldine McEwan and Julia McKenzie. Christie was first married to Archibald Christie and then to archaeologist Sir Max Mallowan, whom she accompanied on expeditions to countries that would also serve as the settings for many of her novels. In 1971 she achieved one of Britain’s highest honors when she was made a Dame of the British Empire. She died in 1976 at the age of eighty-five. Her one hundred and twentieth anniversary was celebrated around the world in 2010.