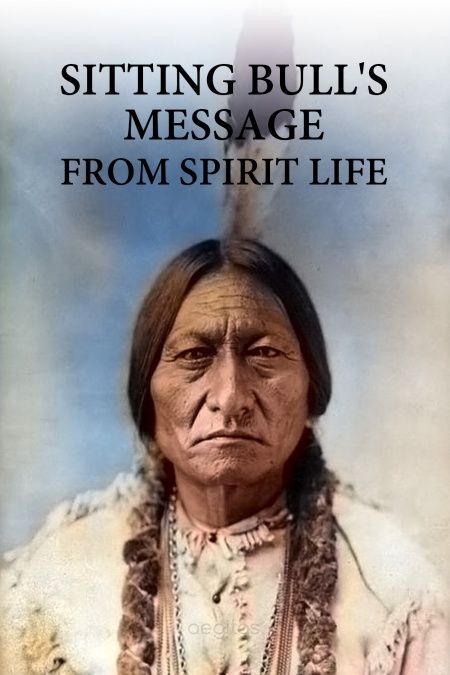 Sitting Bull's message from spirit life This book, Sitting Bull's message from spirit life, by Sitting Bull Chief of the Sioux Spirit, is a replication of a book originally published before 1891. It has been restored by human beings, page by page, so that you may enjoy it in a form as close to the original as possible.Sitting Bull was a Hunkpapa Lakota leader who led his people during years of resistance to United States government policies. He was killed by Indian agency police on the Standing Rock Indian Reservation during an attempt to arrest him, at a time when authorities feared that he would join the Ghost Dance movement