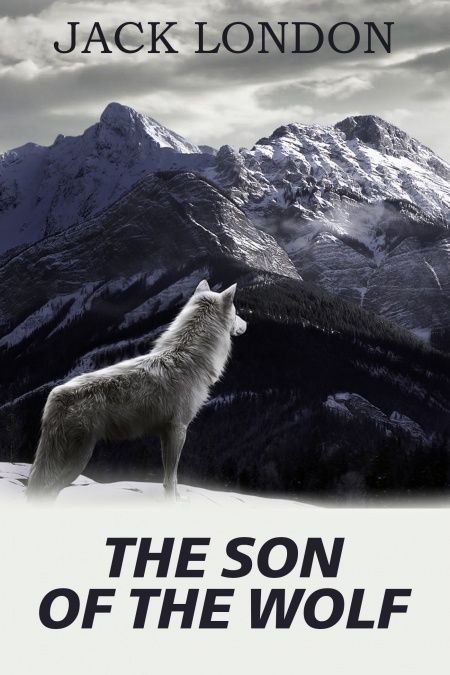 The Son of the Wolf

This carefully crafted ebook: The Call of the Wild + White Fang + The Son of the Wolf (3 Unabridged Classics)” is formatted for your eReader with a functional and detailed table of contents. First published in 1903, The Call of the Wild is regarded as Jack London's masterpiece. Based on London's experiences as a gold prospector in the Canadian wilderness and his ideas about nature and the struggle for existence, The Call of the Wild is a tale about unbreakable spirit and the fight for survival in the frozen Alaskan Klondike. The story takes place in the extreme conditions of the Yukon during the 19th-century Klondike Gold Rush where strong sled dogs were in high demand. After Buck, a domesticated dog, is snatched from a pastoral ranch in California, he is sold into a brutal life as a sled dog. The work details Buck's struggle to adjust and survive the cruel treatment he receives from humans, other dogs, and nature. He eventually sheds the veneer of civilization altogether and instead relies on primordial instincts and the lessons he has learned to become a respected and feared leader in the wild. White Fang is the story of a wild dog's journey toward becoming civilized in the Canadian territory of Yukon during the Klondike gold rush at the end of the nineteenth century. White Fang is a companion novel (and a thematic mirror) to Jack London's best-known work, The Call of the Wild, which concerns a kidnapped civilized dog turning into a wild wolf. The book is characteristic of London's precise prose style and his innovative use of voice and perspective. Much of the novel is written from the viewpoint of the animals, allowing London to explore how animals view their world and how they view humans. White Fang examines the violent world of wild animals and the equally violent world of supposedly civilized humans. The book also explores such complex themes as morality and redemption. The Son Of The Wolf is a collection of short stories, all with a common subject – the northern part of the American continent, the pursuit of gold during the rush in Yukon, and mainly the dealings between the locals (Native Americans) and the European settlers. Though the stories are different, they have much in common, and the mostly the same characters appear throughout them. Jack London gained a lot of fame by writing about the Klondike gold rush, and rightly so. London certainly has a very good insight into the minds of the men and women that occupy the raw, unforgiving North. The stories tell of endurance, hardships and strife but also about true friendship, brave men and virtuous women.