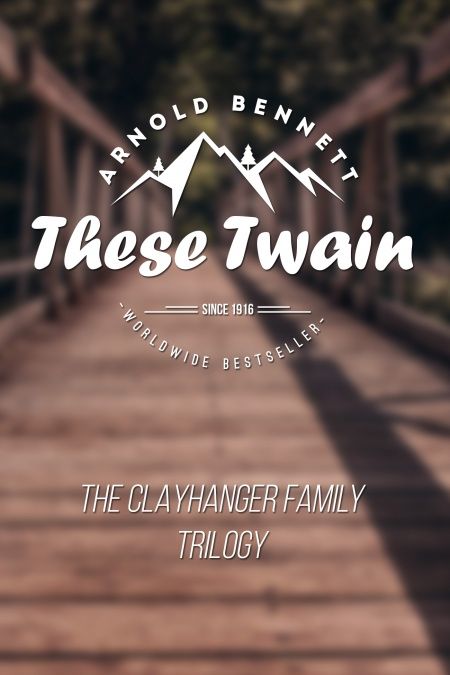 Third book in Arnold Bennett's Clayhanger trilogy, preceded by Clayhanger (1910) and Hilda Lessways (1911), chronicles the married life of Edwin and Hilda. Edwin, now released from the controlling influence of his father, finds himself free to run his business and his life, a freedom that is diminished by his wife's caprices.Edwin does not enjoy an entirely happy marriage with Hilda. She does not conform to the period's stereotype of a submissive wife - which is, of course, partly why Edwin married her. It is also suggested - although according to the conventions of the time it is not stated - that the marriage is based on sexual compatibility, and as a result its problems are outside the bedroom. Hilda, who is rescued from virtual destitution by Edwin through their marriage, and who already has a child, is not a figure of passive gratitude, and has opinions on matters - such as Edwin's business - which would normally be a wholly male preserve. Edwin has his doubts about their union, and is brought to (mostly impotent) anger by his wife just as he had been by his father.The book shows how Hilda and Edwin attempt to compromise, its title being a play on words: does it mean these two or these separate? It is suggested that they had both become perhaps too set in their ways before their marriage, even though each was in some way 'saved' by their union.