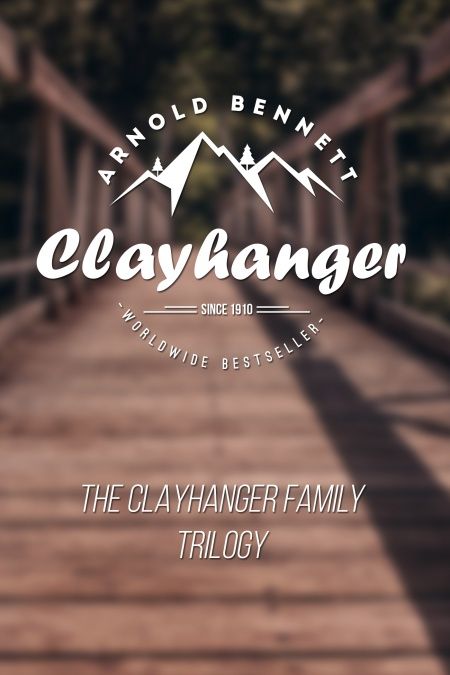 The Clayhanger Family is a series of novels by Arnold Bennett, published between 1910 and 1918. Though the series is commonly referred to as a trilogy, it actually consists of four books, the first three novels were released in one single volume as The Clayhanger Family in 1925. Clayhanger's father supported his extremely poor family even during his early childhood, and rose to become one of the key men in the Five Towns. Clayhanger is not fully aware of his father's history, and therefore rather takes for granted much of his family's affluence and influence. Clayhanger allows his ambition to become an architect to be overruled by his domineering father, Darius, and becomes instead an unwilling (and underpaid) office junior in his father's printing business. He does mildly revolt against his father and his family. While he is capable of seeing through the many hypocrisies of Victorian England, he does not confront them or become his own man until his father's final illness and death hand him control of his business. Enoch Arnold Bennett (1867 –1931) was an English writer. He is best known as a novelist, but he also worked in other fields such as journalism, propaganda and film.