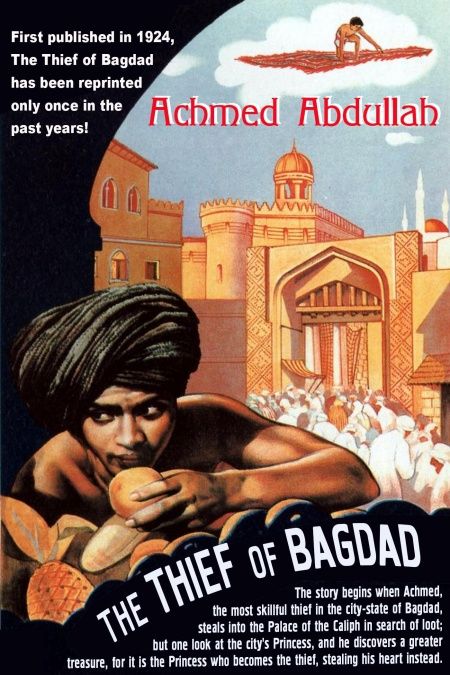 The Thief of Bagdad

First published in 1924, The Thief of Bagdad has been reprinted only once in the past years! The story begins when Achmed, the most skillful thief in the city-state of Bagdad, steals into the Palace of the Caliph in search of loot, but one look at the city's Princess, and he discovers a greater treasure, for it is the Princess who becomes the thief, stealing his heart instead. Achmed Abdullah's classic fantasy novel, based on the silent film of the same title, starring Douglas Fairbanks. Achmed Abdullah, a pseudonym of Alexander Nicholayevitch Romanoff, was born of a Russian Orthodox father and a Muslim mother. He was raised in Britain and educated at Eton and Oxford. He served in the British Army in France, China and India. He is most noted for his pulp stories of crime, mystery and adventure. He wrote screenplays for some successful films. He was the author of the progressive Siamese drama Chang, an Academy Award nominated film made in 1927. He earned an Academy Award nomination for collaborating on the screenplay to the 1935 film The Lives of a Bengal Lancer.