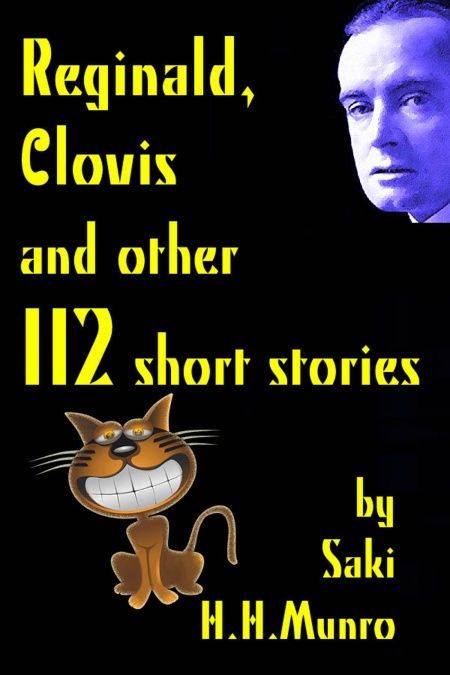 Reginald, Сlovis and other 112 short stories

H. H. Munro, better known as Saki, was born in Burma, the son of an inspector-general for the Burmese police. Sent to England to be educated at the Bedford Grammar School, he returned to Burma in 1893 and joined the police force there. In 1896, he returned again to England and began writing first for The Westminster Gazette and then as a foreign correspondent for The Morning Post. Best known for his wry and amusing stories, Saki depicts a world of drawing rooms, garden parties, and exclusive club rooms. His short stories at their best are extraordinarily compact and cameolike, wicked and witty, with a careless cruelty and a powerful vein of supernatural fantasy. They deal, in general, with the same group of upper-class Britishers, whose frivolous lives are sometimes complicated by animals—the talking cat who reveals their treacheries in love, the pet ferret who is evil incarnate. The nom de plume Saki was borrowed from the cupbearer in Omar Khayyam's 'The Rubaiyat'. Munro used it for political sketches contributed to the Westminster Gazette as early as 1896, later collected as Alice in Westminster. The stories and novels were published between that time and the outbreak of World War I, when he enlisted as a private, scorning a commission. He died of wounds from a sniper's bullet while in a shell hole near Beaumont-Hamel. One of his characters summed up Saki's stories as those that are true enough to be interesting and not true enough to be tiresome.