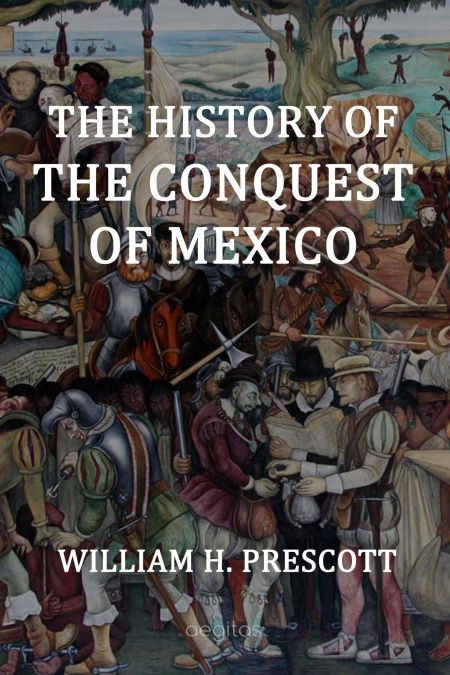 The History of the Conquest of Mexico

William H. Prescott published his History of the Conquest of Mexico in 1843 and The New York Times stated that it has remained surprisingly unsurpassed since its publication.” Prescott was one of the most eminent historians of the 19th century.The Aztec Empire was one of the most remarkable civilizations to have ever existed.The Spanish conquest of the Aztec Empire was one of the most significant events in the Spanish colonization of the Americas. The Spanish campaign began in February 1519, and was declared victorious on August 13, 1521, when a coalition army of Spanish forces and native Tlaxcalan warriors led by Hernán Cortés and Xicotencatl the Younger captured the emperor Cuauhtemoc and Tenochtitlan, the capital of the Aztec Empire.Following Christopher Columbus' establishment of permanent European settlement in the Caribbean, the Spanish authorized expeditions or entradas for the discovery, conquest, and colonization of new territory, using existing Spanish settlements as a base. Many of those on the Cortés expedition of 1519 had never seen combat before. In fact, Cortés had never commanded men in battle before. However, there was a whole generation of Spaniards who participated in expeditions in the Caribbean and Tierra Firme (Central America), learning strategy and tactics of successful enterprises. The Spanish conquest of Mexico had antecedents with established practices.The fall of the Aztec Empire was the key event in the formation of the Spanish overseas empire, with New Spain, which later became Mexico, a major component.