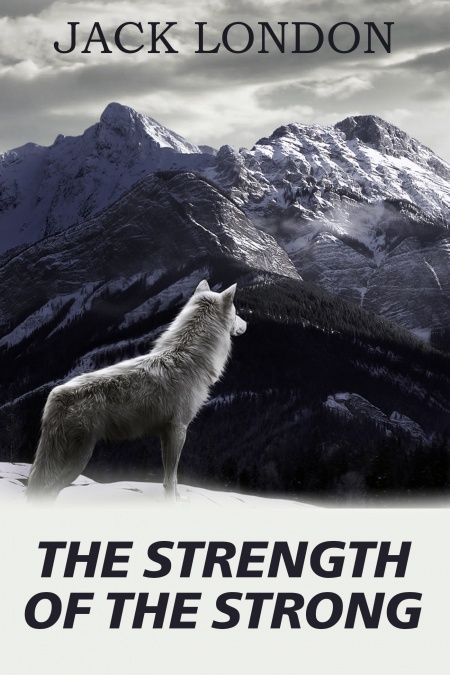 The Strength of the Strong

Old Long-Beard paused in his narrative, licked his greasy fingers, and wiped them on his naked sides where his one piece of ragged bearskin failed to cover him. Crouched around him, on their hams, were three young men, his grandsons, Deer-Runner, Yellow-Head, and Afraid-of-the-Dark. In appearance they were much the same. Skins of wild animals partly covered them. They were lean and meagre of build, narrow-hipped and crooked-legged, and at the same time deep- chested, with heavy arms and enormous hands. There was much hair on their chests and shoulders, and on the outsides of their arms and legs. Their heads were matted with uncut hair, long locks of which often strayed before their eyes, beady and black and glittering like the eyes of birds. They were narrow between the eyes and broad between the cheeks, while their lower jaws were projecting and massive.