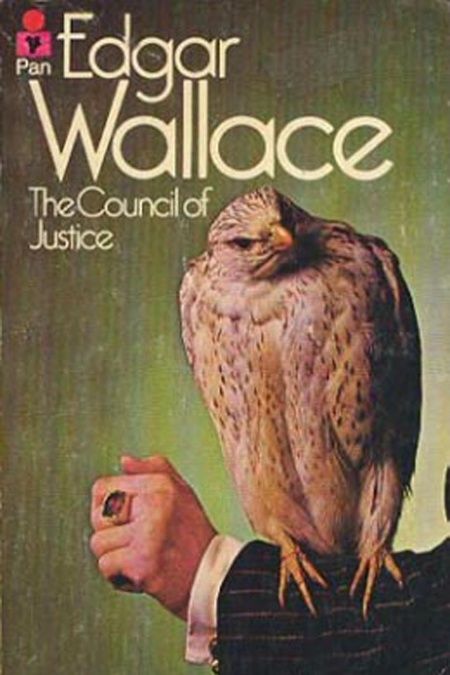 The Council of Justice

There are crimes for which no punishment is adequate, offences that the written law cannot efface. This is the justification for the Council of Justice—a meeting of great and passionless intellects. These men are indifferent to world opinion. They relentlessly wage their wits and cunning against powerful underworld organizations, against past masters of villainy, and against minds equally astute. To breakers of the unwritten laws, they deal death. Richard Horatio Edgar Wallace (April 1, 1875-February 10, 1932) was a prolific British crime writer, journalist and playwright, who wrote 175 novels, 24 plays, and countless articles in newspapers and journals. Over 160 films have been made of his novels, more than any other author. In the 1920s, one of Wallace's publishers claimed that a quarter of all books read in England were written by him. He is most famous today as the co-creator of King Kong, writing the early screenplay and story for the movie, as well as a short story King Kong (1933) credited to him and Draycott Dell. He was known for the J. G. Reeder detective stories, The Four Just Men, the Ringer, and for creating the Green Archer character during his lifetime.