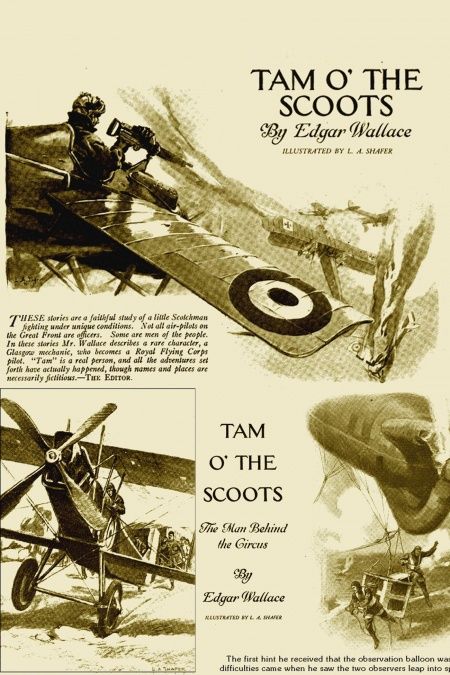 Action-adventure fans, you've come to the right place. In ten pulse-pounding episodes, intrepid pilot Tam manages to find his way into a series of increasingly high-stakes scrapes. In the figure of the hard-living but honorable Tam, author Edgar Wallace has created one of the most realistic and endearing protagonists in classic action-adventure fiction. Despite his copious vices and weaknesses, Tam usually manages to save his own hide just in the nick of time. Will his incredible luck hold out forever? Richard Horatio Edgar Wallace (April 1, 1875-February 10, 1932) was a prolific British crime writer, journalist and playwright, who wrote 175 novels, 24 plays, and countless articles in newspapers and journals. Over 160 films have been made of his novels, more than any other author. In the 1920s, one of Wallace's publishers claimed that a quarter of all books read in England were written by him. He is most famous today as the co-creator of King Kong, writing the early screenplay and story for the movie, as well as a short story King Kong (1933) credited to him and Draycott Dell. He was known for the J. G. Reeder detective stories, The Four Just Men, the Ringer, and for creating the Green Archer character during his lifetime.