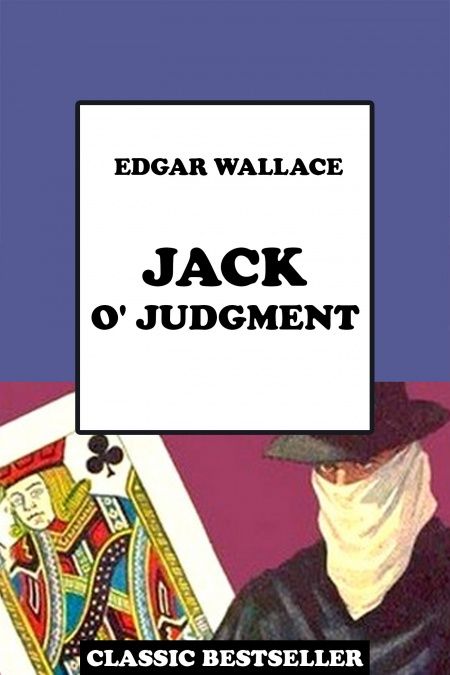 From the 1950's Ward, Lock Dust Jacket: Jack O' Judgment, that light-hearted, insouciant, masked mystery man, who sets out to expose a gang of daring crooks who are amassing millions regardless of their methods, is a book to read at a sitting. We are carried, spell-bound, through every page of what can justly be described as one of the late Edgar Wallace's best and most exciting thrillers. Richard Horatio Edgar Wallace (April 1, 1875-February 10, 1932) was a prolific British crime writer, journalist and playwright, who wrote 175 novels, 24 plays, and countless articles in newspapers and journals. Over 160 films have been made of his novels, more than any other author. In the 1920s, one of Wallace's publishers claimed that a quarter of all books read in England were written by him. He is most famous today as the co-creator of King Kong, writing the early screenplay and story for the movie, as well as a short story King Kong (1933) credited to him and Draycott Dell. He was known for the J. G. Reeder detective stories, The Four Just Men, the Ringer, and for creating the Green Archer character during his lifetime.