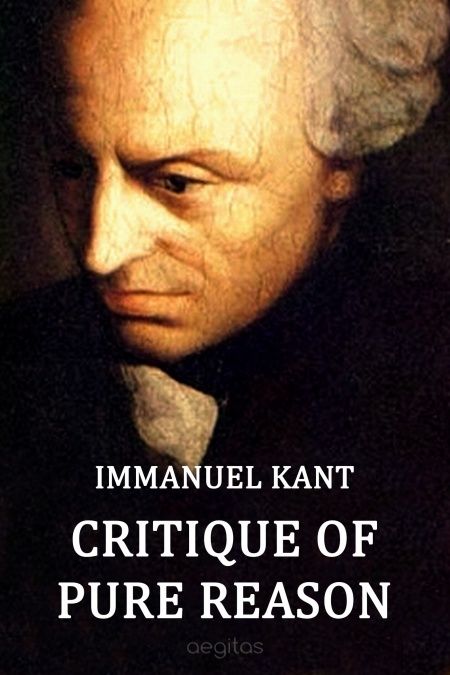 The Critique of Pure Reason (German: Kritik der reinen Vernunft, KrV, in original: Critik der reinen Vernunft) by Immanuel Kant, first published in 1781, second edition 1787, is one of the most influential works in the history of philosophy. Also referred to as Kant's first critique, it was followed in 1788 by the Critique of Practical Reason and in 1790 by the Critique of Judgment. In the preface to the first edition Kant explains what he means by a critique of pure reason: I do not mean by this a critique of books and systems, but of the faculty of reason in general, in respect of all knowledge after which it may strive independently of all experience.Before Kant, it was generally held that truths of reason must be analytic, meaning that what is stated in the predicate must already be present in the subject (for example, An intelligent man is intelligent or An intelligent man is a man). In either case, the judgment is analytic because it is ascertained by analyzing the subject. It was thought that all truths of reason, or necessary truths, are of this kind: that in all of them there is a predicate that is only part of the subject of which it is asserted. If this were so, attempting to deny anything that could be known a priori (for example, An intelligent man is not intelligent or An intelligent man is not a man) would involve a contradiction. It was therefore thought that the law of contradiction is sufficient to establish all a priori knowledge.