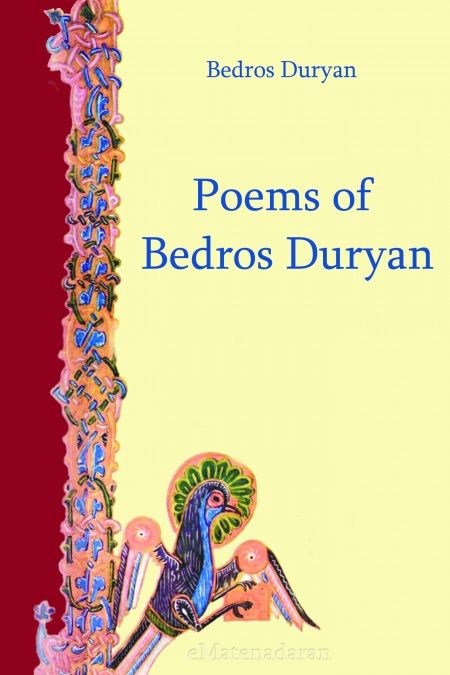 Spontaneous, eloquent and richly endowed with imagery and metaphors, his poems reveal natural artistic brilliance, and paved the way with innovation from the old style of writing. Critics have credited Tourian with originating the modern lyric tradition in verse.Knowing that he would die young, he rode the roller coaster of emotion, complaining to the Almighty in one poem and beseeching forgiveness in another. Unrealized dreams and an anxiety to live to contribute to his nation caused him deep pain and sorrow, which are reflected in his writing.The following poem, Little Lake, is an allusion to the fact that apparently Tourian who was in love with an actress, overheard her scornfully saying, Oh him? He is trembling and so pale—he might even die one of those days!” (which, sadly, he did).