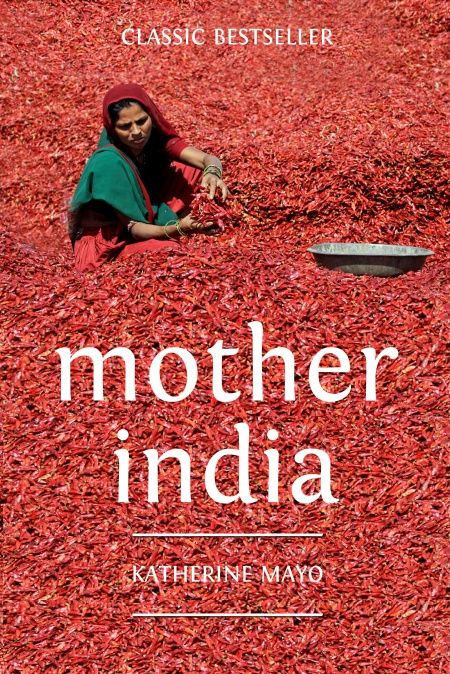 Mother India, published in 1927, was a polemical book by the American author Katherine Mayo. In her book, Mayo attacked society, religion and culture of the country of India.Written against the Indian demands for self-rule and independence from British rule, the book pointed to the treatment of India's women, the untouchables, animals, dirt, and the character of its nationalistic politicians. Mayo singled out the allegedly rampant and fatally weakening sexuality of its males to be at the core of all problems, leading to masturbation, rape, homosexuality, prostitution, venereal diseases, and, most importantly, premature sexual intercourse and maternity. The book created an outrage across India, and it was burned along with her effigy. It was criticised by Mahatma Gandhi as a report of a drain inspector sent out with the one purpose of opening and examining the drains of the country to be reported upon. The book prompted over fifty angry books and pamphlets to be published to highlight Mayo's errors and false perception of Indian society, which had become a powerful influence on the American people's view of India.